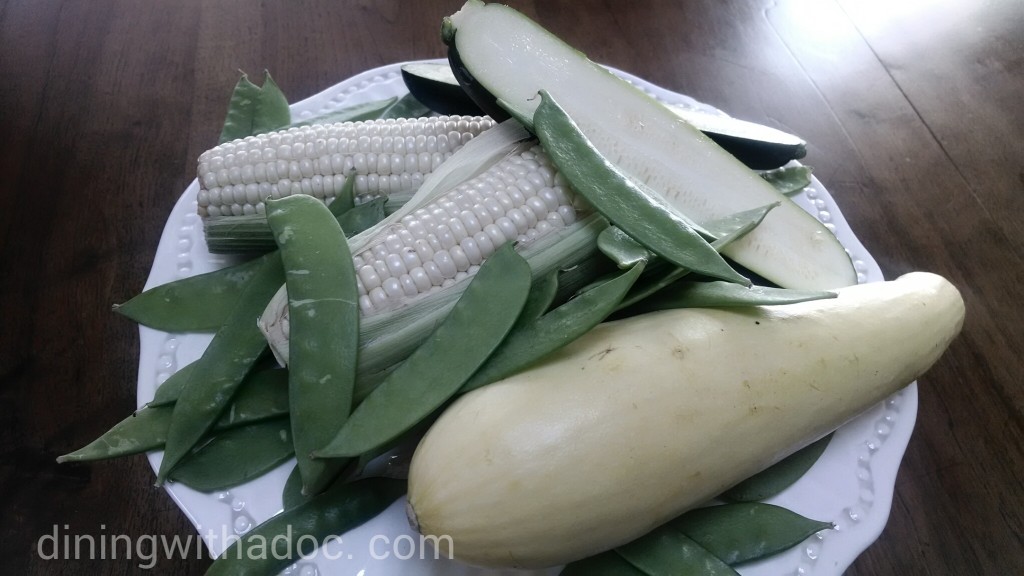 This past month, I traveled to  Chicago for theInternational Association of Culinary Professional (IACP) conference, where leading chefs, foodies and those working in the food industry came together for a long weekend to share knowledge and stay abreast of up and coming  food trends .  Among other topics, I learned about  delicacies  such as eating insects, flavoring food with bacon, making vinegar based drinks called shrubs and preparing goat and goat products.  However, I especially found  Nephi Craig , a Native American chef from Arizona to be most compelling and inspiring.  Chef Craig is is the executive chef of the White Mountain Apache Tribe’s Sunrise Park Resort and aims to revitalize Native American in efforts to heal nutritional ailments of the Native American population.

Having practiced and completed a portion of my medical training in Arizona, I’ve treated  many Native Americans  including members of the Pima , Yavapai and Apache tribes.  As a physician, it was clear to me that the Western diet and lifestyle has not served them well.  These groups of people, once noted for their consummate fitness and agility, have been plaqued with diabetes, obesity, alcoholism only to render them with chronic debilitating diseases such as vascular disease,  heart ailments and depression, perhaps in disproportionate rates compared to the general population.  Although their situation certainly  reflects a multifactorial etiology,  it is clear that a  diet loaded with carbohydrates, high-fat and processed cheap, foods is a leading contributor to the problem.  Chef Craig addresses these issues with his revitalization of a traditional Native American diet, in which the premise is based upon living off  the land in a harmonious way, through consumption of wild grasses, berries, carrots and potatoes and as well indigenous animals.  This diet offers a healthier and more sustainable option for the Native American population and serves a an example for all.  It is a consummate example of “living off the land.”

Perhaps the effort to  heal through diet and while embracing one’s ethnic culinary roots, illustrates perfectly what I mean when I talk about food as medicine.   I believe that a Mediterranean diet, which has fed the people in  another cradle of civilization for centuries, also shows us how to eat in a simplified, nutritious manner, in a way we can respect our environment and live in a symbiotic way with our food supply.  So too does the original Native American diet, offering a sustainable food options, harnessing the power of its local sources.

A beautiful example of this harmony is the growing of squash, beans and corns together.  As Native Americans consider the “three sisters” to be a supreme gift, the interdependence of the three vegetables demonstrate the importance of understanding and respecting our agricultural roots in North America.    When planted together, the corn stalk supplies a sturdy support upon which the bean vines can climb.  Beans deposit nitrogen in the soil which increases the fertility of the soil.  The squash vines growing on the ground  offer shade and prevent weeds from invading, while holding moisture in the soil. For these reasons, the trio is a wonderful example of the concept of “companion planting.”

Importantly,  from a nutritional standpoint, the trio provides all essential amino acids, making the “three sisters” a complete source of protein, as well as rich source of vitamins, minerals and antioxidants, fiber and carbohydrates.  This combination of foods can serve an important staple of a vegetarian diet.  The agricultural and nutritional knowledge shared by the Native Americans to the  Europeans settlers  most certainly helped sustain their survival in the new world.   As we enter the spring planting season, I share my own version of the “three sisters” a combination of corn, beans and summer squash and  a way we can celebrate “living off our land.”

Click here for my recipe for the Three Sisters Saute.