The last of my series exploring Vitamins or Vegetables.

Leeks belong to the Allium genus, along with onion, shallots and garlic.  When cooked, they  possess delicate and mild onion-like taste, and add a fragrant flavor to soups, salads, casseroles and side dishes.  Leeks probably originated in the Meditterrnean and were enjoyed by ancient Egyptians and Romans.   The ancient Greeks and Romans believed that leeks possessed power to protect the throat and voice mechanisms, and the Roman emperor Nero ate leeks everyday to strengthen his voice to reinforce his power.   I couldn’t find any modern day evidence to support this claim, but I’m putting the myth out there, thus the rationale of this “ancient superfood.”

The Romans brought leeks into Northern Europe, and the Welsh prized the vegetable so much that they used the vegetable to serve as the country’s national emblem.  A vegetable which tolerates cold weather, leeks are a staple in many northern European cuisines, enjoyed in soups, pies and side dishes.

The white and light green part of the leek is the more tender part of the vegetable, while the green ends are tougher and have stronger flavor.  To prepare the leek, cut off the green tops and the end of the root. Slice leek longwise peel the most outer green leaves.. It is not unusal to find sand and dirt inside the leaves, so be sure to wash and drain thoroughly. At this point, slice the leek horizontally into 1/2 inches slices or so.  The smalled the leek is cut, the more flavor it will offer.  Another option is to slice vertically, which give the leeks a long, spaghetti look. 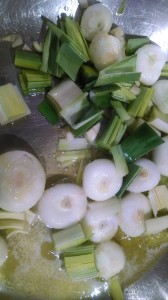 An easy way to prepare leeks is to saute them.  To saute, place 1 tablespoon olive oil and 1 tablespoon butter in frying pan on low flame. If two whole leeks are prepared, double oil and butter, etc. Put one clove of minced garclic into plan until aroma is released. Place leeks into pan. Under low-medium flame, gently stir until leeks become soft and translucent. Add salt and pepper to taste. These make a wonderful side for chicken or fish. In this photo, I added cipollini onions for a triple allium treat!  You will love how simple and tasty these leeks can be.

Here are some of the health benefits of leeks:

1.  Leeks are rich in vitamins K. and A, manganese, iron, and copper.  They are also rich in the B vitamin complexes including folate.  They are a good source of omega 3 fatty acids.

2.  Leeks contain the flavonoid, kaempferol, which has been shown to have protective effects on the blood vessels and therefore offer cardiovascular benefits.  Additionally, kaempferol has been touted for anticancer effects, in regulation of the division of cancer cells.

3.  Leeks offer phytonutrient antioxidents which protect cells from damage.  They are also high in fiber, which helps to aid in digestion.

A personal favorite of mine, I offer a wonderful recipe for Leek and Mushroom Risotto.  So comforting for a cold day.  Click here for the recipe. 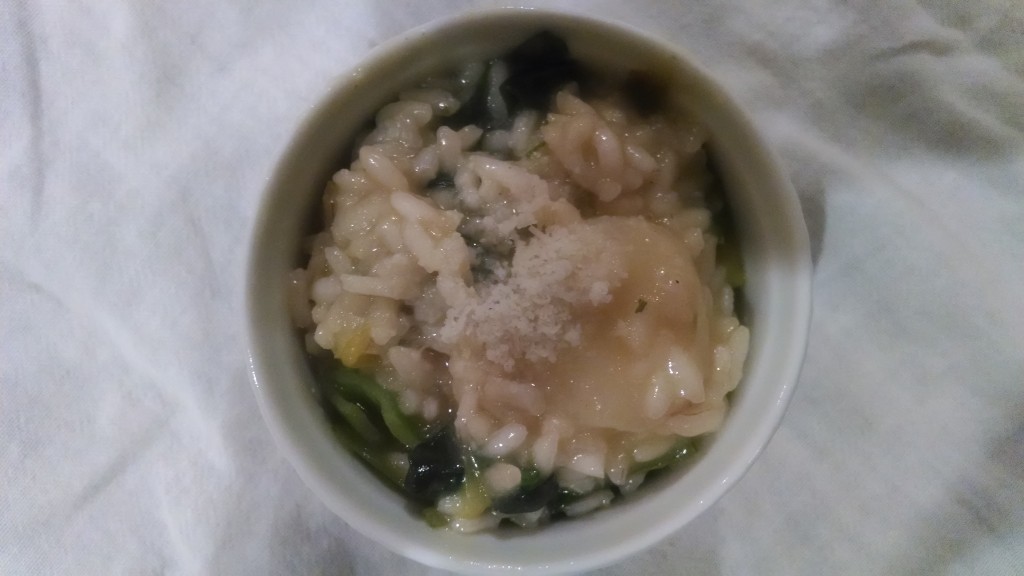