Part 4 of a Series:  Vitamins or Vegetables 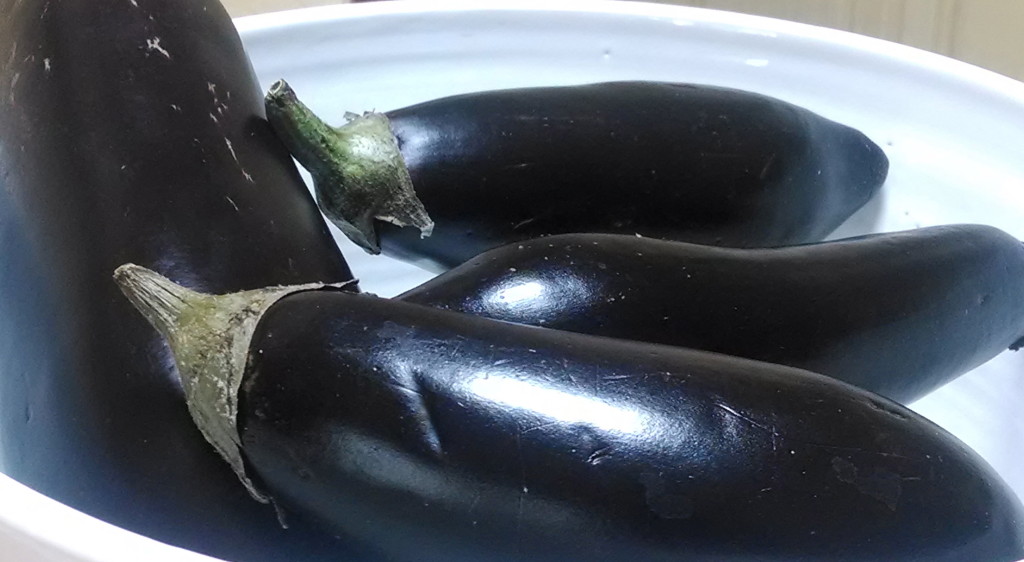 So hopefully I got your attention!  Eggplant, once referred to  as “mad apple” or “mala insana” in medieval Europe, was felt to cause insanity to those to consumed this odd-looking purple vegetable.  Consequently, the  shiny, egg-shaped vegetable was used primarily for ornamental purposes.  Fortunately, the myth of its untoward effects was dispelled  and by the 15th century,  eggplant was a popular staple of the Mediterrean diet.  To be perfectly forthright,  for me, enjoying the flavor of eggplant has been an acquired taste.   However,  after learning  some basic tricks and some delicious ways of preparing this vegetable, I’ve learned to reap the benefits of this uber healthy vegetable which has tremendous versatility.  Hopefully,  you will  want to learn as well and not be driven to madness in the process.

Eggplant are members of the family solanaceae, or nightshade vegetables and come in many varieties, most commonly purple and white.  Its meaty texture and interesting flavor can serve as the base for hearty dips,  substantive vegetarian meals and ethnic dishes including Mediterranean, Asian and Indian varieties taking on complex flavors.   By salting the eggplant and letting the  bitter juices ooze out before cooking, you will get a more tender, less bitter vegetable.  Larger, less fresh eggplant often are more tough and bitter than younger, smaller specimens.

Here is why eggplant is a super food and should be part of your diet:

1.  According to a study in Food and Function,  eggplant contains the antioxidant and phytonutrient, nasunin, which has demonstrated to improve heart function and have cardioprotective benefits.  Both raw and roasted eggplant have these effects. 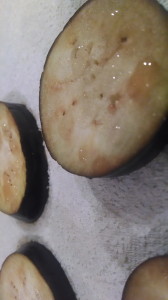 2.  Eggplant has the phytonutrient, chlorogenic acid, which  is a potent free radical scavenger that  protects our cells and DNA from mutations which can lead to cancer.  According to a study  in Brain Research Bulletin,  chlorogenic acid may have protective effects  on the dopaminergic nerve cell,  a type of cell whose loss is associated with Parkinson’ Disease, thus offering “brain protection.”

3.  Eggplant packs in many vitamins and minerals in one serving.  Eggplant is rich in manganese, copper, potassium, magnesium, as well as vitamins A, C, E, K and B complexes as well.

4.  Eggplant is rich in fiber and and low in calories.  It has a  low glycemic index, which makes it ideal for those with diabetes or pre-diabetes.  It is also good for weight loss, as it is filling while containing many nutrients and offering a low calorie advantage.

Of note, eggplant contains oxalates,  a compound that when concentrated can form crystals and then stones.  People who have a history of kidney stones or gallstones may want to avoid eggplant for this reason.

As I mentioned, eggplant is extremely versatile and can be prepared as a meal or side dish, as in parmesan, moussaka or as a meat substitute.  Click here my recipe for baba ganoush, a lovely dip to serve with pita chips, carrots, celery or cucumbers. 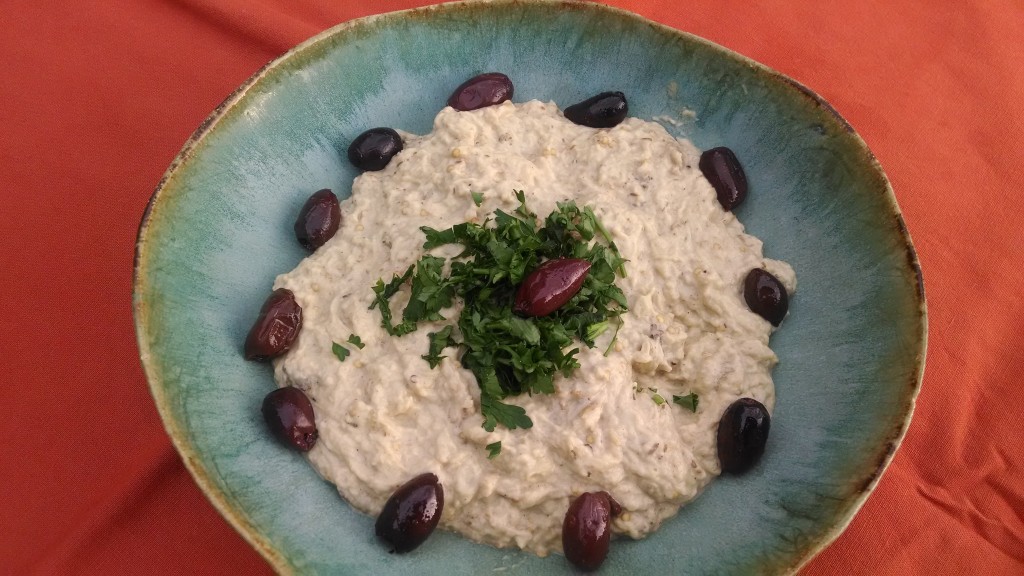 We made this dip for Superbowl Sunday, as an alternative to traditional potato chips and dip.  It is easy to make, while being satisfying and low calorie as well.  Enjoy!