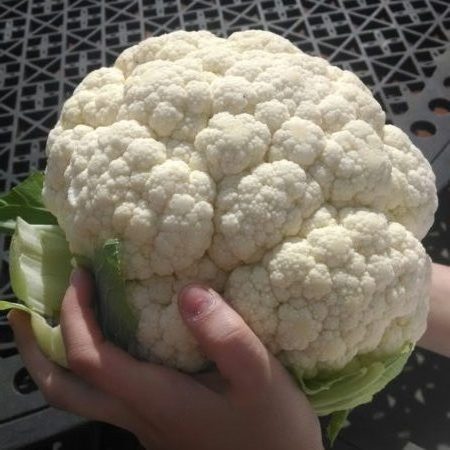 Cauliflower is a versatile cruciferous vegetable.

New nutrition and cancer research suggest there may be even more incentive for eating our veggies, especially those cruciferous variety. Webster’s dictionary defines cruciferous vegetables as a family of plants which that have four petals arranged like the arms of a cross.  Examples of these vegetables include arugula, bok choy, broccoli, brussel sprouts, cabbage, cauliflower, collard greens, horseradish, kale, radishes, rutabaga, turnip, watercress and wasabi, for example.   Research from Oregon State University (OSU) suggests a relationship between prevention of cancer and consumption of these vegetables.

A dietary compound called sulforaphane, which boasts some of its highest concentrations in broccoli, is a known helper in the prevention of prostate cancer. Data from OSU furthers the study of how this compound interacts with our DNA and potentially influences the growth and progression of cancer on a cellular level.

Researchers looked at how sulforaphane interacts with IncRNAs: a type of DNA that prior studies have dubbed “junk DNA”, alluding to its lack of overall purpose. However, recent data has revealed that these IncRNAs have a significant genetic influence, and malfunctioning IncRNAs can assist in the development of cancer, along with many other diseases. OSU scientists focused their study on one IncRNA, LINC01116, which showed increased levels in human, prostate cancer cells. When treated with sulforaphane, the levels stabilized. The study also noted that LINC01116 is up-regulated in other kinds of cancer, such as brain, lung, and colon cancer.

Scientists are hopeful that further research, particularly within the scope of DNA analysis, will reveal more evidence to help prevent and treat cancer without the harmful side effects of chemotherapeutic drugs.

The take away: broccoli, and all other cruciferous vegetables like cauliflower, cabbage, and brussel sprouts, should be a staple portion of your plate at mealtime. And remember that lowering your risk of cancer doesn’t mean lowering your palate of desirable foods. Check out my creative take on cauliflower or these brussel sprouts with a crisp bite.

« Simple Naturally-Dyed Easter Eggs
Mediterranean Diet and Improved Aging: What Does It Mean? »