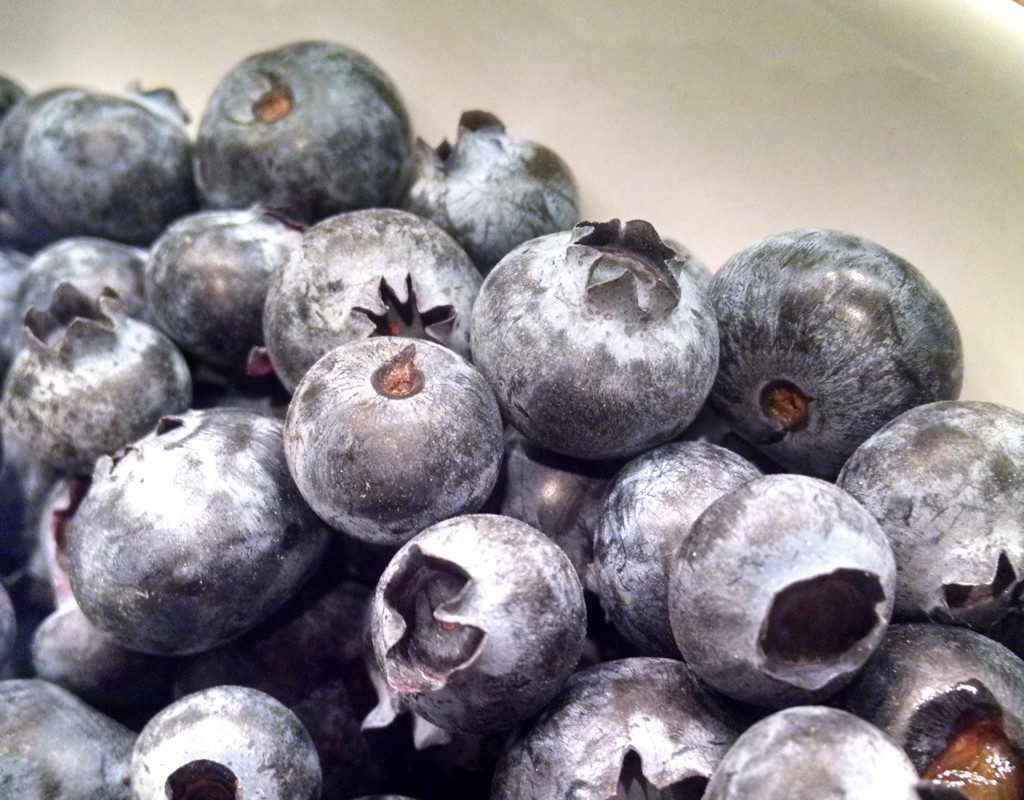 A cup of blueberries a day may lower blood pressure.

Daily blueberry consumption may improve blood pressure and arterial stiffness in post-menopausal women, according to a new study published by the Journal of the Academy of Nutrition and Dietetics.  A team from Florida State University  sought to demonstrate the health benefits of blueberries, including prevention of cardiovascular disease through their blood pressure lowering effects. The study found that women who consumed the equivalent of one cup of blueberries per day had a reduction of systolic blood pressure of 7mmHg and a decrease in diastolic pressure of 5mmHg. The incidence of hypertension often increases in post-menopausal women.

The key might be in the release of nitric oxide, a chemical substance known to dilate blood vessels, in those who consumed the equivalent of one cup of blueberries per day.  When blood vessels dilate, generally blood pressure decreases.

Foods which have positive influence on health are known as functional foods, and their health impacts may help prevent and control aspects of clinical diseases and conditions.  Although it should be noted that blueberries should not be relied upon as a substitution for medication for those being treated for high blood pressure, their consumption may indeed offer added benefits. In addition, blueberries are rich in antioxidants, low in fat, high in fiber and offer vitamins and minerals such as vitamin C, vitamin K and manganese. They are also a source of phytonutrients such as anthocyanin which gives the blueberry its rich color and may offer anti-cancer effects.

Blueberries, and berries in general,  are a delicious staple to one’s diet.  They are a tasty, low calorie sweet treat.  Most simply,  they can be added to yogurt, salads or baked as a dessert in a cobbler or crisp. I will admit, blueberries are not in season in the Northeast in January. Nevertheless, they can be frozen and enjoyed throughout the year.  Blueberries can also be purchased frozen and offer the same benefits as their fresh version.

Here are some ingenious blueberry recipes from around the web:

Please let me know if you have some delicious blueberry recipes!

« Congee, A Savory Asian Porridge
Food for your Bones »